Hi Leona,
Here is an updated bio you can use on the website
for me, let me know if it’s too long. I’ll work on some
other stuff in the meantime.
Verity graduated from the Graduate Diploma of Exercise Science program in 2017 at Griffith University following the 3-year Bachelor of Exercise Science. She has a keen interest in preventative medicine (including exercise as medicine), health optimisation and the mind-body connection.

Originally from Adelaide, Verity spent 15 years living in the UK, and in London for 8 of those years where she gained degrees in Media Technology and Computing Science and worked as a test engineer for a broadcasting company.

In 2008 Verity experienced the transformative effect that exercise and nature can have after learning to surf on a volunteer trip to Costa Rica. Following 6 weeks of surfing almost every day she returned with her body and health transformed, and as a result had to buy a whole new set of clothes due to weight loss.

Verity maintained her active lifestyle, swapped office work for the outdoors and after several summers working as a surf instructor to fund her travel adventures, moved back to Australia to study Exercise Science.

Things changed again for Verity when she attended her first PSYCH-K® workshop, discovered the power of subconscious beliefs and experienced a massive positive shift in her physical and mental health. She has since completed all of the PSYCH-K® Facilitator workshops and programs and is now loving helping people take control of their health and wellbeing with these powerful tools. 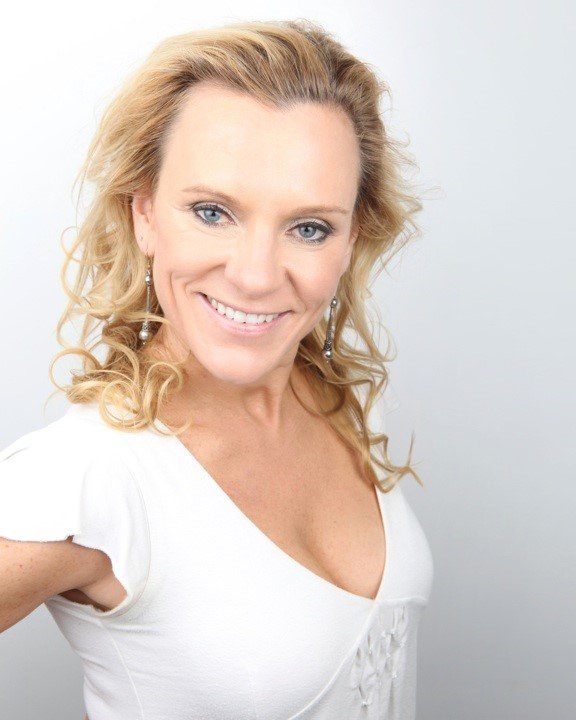 Professional Bio / Blurb – Nicole Mackinnon Nicole is a highly competent & experienced Allied Health Professional, Pilates Practitioner, as well as a Fitness, Health & Wellness expert, with over 25 years of practical experience. She has successfully managed various Sydney based Pilates, Fitness & Aquatic Centres, Corporate Wellness companies, along with niche market facilities within the industry, including Pilates, Rehabilitation, Physiotherapy & Kids Fitness Studios, & has a true desire to improve the health, fitness, wellness of all people. With a Bachelor of Human Movement Science – Distinction & Exercise Physiology qualifications, she has previously lectured in the Applied Science Bachelor of Human Movement Studies Degree at the Sydney based Australian Catholic University & is a retired elite level athlete in various sports. Her specialties include “Pilates for EveryBODY”, Athletes & General Fitness, Injury Rehabilitation, Pre & Post Natal, Special Populations, Aquarobics and Hydrotherapy, Seniors and Children’s Fitness, Group Fitness and Personal Training. Nicole’s career has seen her sit on the Board of Fitness Australia and Fitness NSW, chair the Fitness Professional Council, cowrite the Fitness Industry Code of Practice and contribute to several other advisory and consultative boards with the Fitness, Sport & Recreation industries. Having won the Fitness Australia Trainer & Instructor of the Year, along with the Prime Ministerial Women in Sports Award, she walks her talk & is passionate about all things Pilates, Health & Fitness. Her catch phrase is Move it or Lose it & she truly believes that Exercise is Medicine.

Metabolism is all of the chemical reactions and physiological processes that keep us live. All of these processes require energy which is produced by burning, or oxidising, fuels that we eat, which are carbohydrates, fat and protein. Like when burning any fuel, oxygen is consumed and carbon dioxide is produced. By measuring the amount of oxygen breathed in and carbon dioxide expired (gas exchange) we can calculate the amount of energy your body is using, and also the type of fuel that is running it.

We look at your metabolism in two different states: resting and exercising. Your resting metabolic rate (RMR) represents 60-75% of your total daily energy expenditure. When measuring metabolic rate in a fasted state, e.g. before breakfast, your body will either be burning fat or carbohydrate, in the form of glucose. Ideally, the majority of your energy at rest would be produced by burning fat, reserving your carbohydrate stores for when your energy demands are higher. Unfortunately, factors such as diet, lifestyle and genetics can impact your ability to burn fat and make it difficult to maintain a healthy weight.

As the intensity increases, a point will be reached where the oxygen supplied can’t keep up with the demand from the exercising muscles, and an increasing proportion of energy will be produced anaerobically (without oxygen). When energy is produced anaerobically, an acidic environment is produced which results in the fatigue and breathlessness that you may have experienced after a heavy training session. This point is called the anaerobic threshold (AT).

If you continue to exercise at increasing intensities, you will soon reach the point where you can’t go any harder, and become exhausted. The amount of oxygen consumed at this point is referred to as your VO 2Max , and represents the maximum amount of oxygen that can be delivered to and used by the working muscles. It reflects the ability of multiple systems including pulmonary (lungs), cardiovascular (heart, arteries and blood vessels) and musculoskeletal systems.

By measuring your RMR and identifying your fuel sources we can then work to optimise your energy production and get to the root cause of your issue. Your RMR can also be used to quantify how many calories you should be eating according to your goals. By measuring the gas exchange during an exercise test where the intensity is gradually increased, we can pinpoint the intensity where fat burning is greatest, allowing you to make the most out of your exercise sessions.

Metabolic testing can give you the tools to take your performance to the next level. Heart rate training zones calculated using standard formulas are rarely accurate, resulting in inefficient training. The heart rate thresholds determined from testing can be used to develop tailor-made diet and effective training plans to improve your fat metabolism, anaerobic threshold and VO 2Max , which translate into improved endurance performance.

Your metabolism provides your body with energy to think, breathe, move, eat and digest food, eliminate waste, fight off infections, repair, make hormones and every other process that occurs in order to keep your body healthy. The majority of this energy is made aerobically from burning fat in the mitochondria (the powerplants of cells), and is reflected in your RMR, AT and VO 2Max values. While these values can be optimised, they inevitably decline with age. By comparing your values to those of healthy individuals from different age groups you can get an idea of your biological age, as opposed to your chronological age. By optimising your fat metabolism and mitochondrial function you can lower your biological age, which may decrease your risk of age-related disease.

Repeat testing can show the effectiveness of any medical, exercise or dietary interventions.